this ain't no ordinary coatrack! 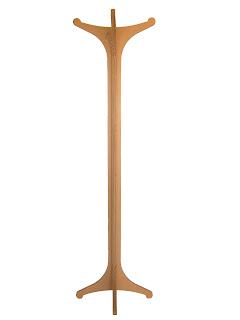 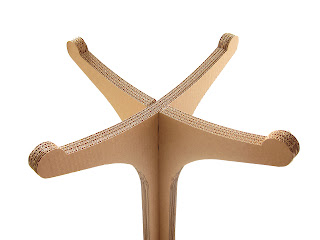 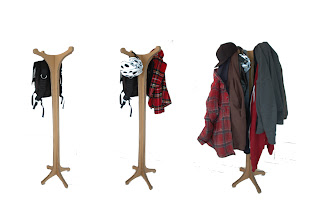 Jared Schmale is an industrial designer living in Vancouver who enjoys creating products from untraditional, recyclable and recycled materials - the Cardboard Coatrack is no exception. Three years ago, Jared was working as a packaging designer and needed a coatrack. Armed with AutoCAD, a CNC cardboard cutter, and an abundant supply of cardboard, the idea came quite naturally. The idea to bring it to market came after realizing that 3 years later, the original prototype was still being used daily, and functioning as well as when it was new! Over the past three years, the Cardboard Coatrack has been subjected to three rainy Vancouver winters worth of wet jackets, backpacks and scarves. The coatrack is 100% recyclable and made of cardboard containing up to 50% recycled content. It has been tested to hold up to 35 lbs and  can withstand a moderate amount of moisture!