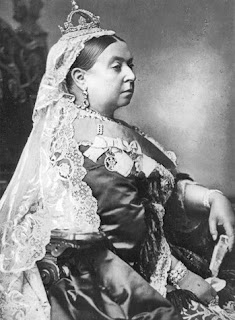 "Victoria Day (in French: Fête de la Reine) is a federal Canadian statutory holiday celebrated on the last Monday on or before May 24, in honour of both Queen Victoria's birthday and the current reigning Canadian sovereign's official birthday. It is sometimes informally considered as marking the beginning of the summer season in Canada.
The holiday has been observed since before Canada was formed, originally falling on the sovereign's actual birthday, and continues to be celebrated in various fashions across the country on the fixed date." -wikipedia
nicknamed the 'grandmother of Europe' she has quite an interesting story: http://en.wikipedia.org/wiki/Queen_Victoria